In 2014-15, Hughes claimed to have completed 53 marathons in 53 days, after which he claimed to have broken the Guinness World Record. However, the organization dismissed their record-breaking lawsuit as their time requirements required applicants to run marathons in official races. In 2017, Hughes claimed to have broken the 7-day treadmill world record by running 521 miles (838 km) for seven days at the Trafford Center. His record claim was rejected as implausible for a non-elite runner and there was also a lack of independent verification.

After her friends’ son developed medulloblastoma, Hughes decided he wanted to break the marathon record to raise money for the Isabelle Lottie Foundation, which “raises awareness about the importance of early diagnosis of brain tumors in children.” She was also inspired by Larry Macon, who walked all 50 states and wished he could walk through major cities in the UK. Hughes also wanted to promote “the importance of an active and healthy lifestyle.” 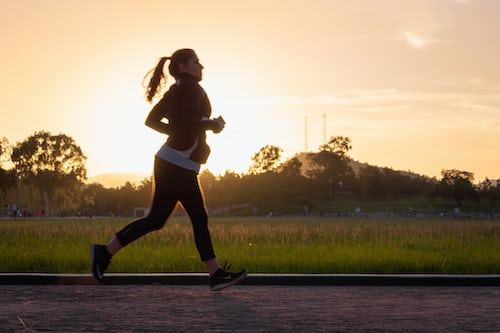 She started his first race on August 6, 2014 in Chester. From Chester, she traveled north to south and then southwest, then drove north and finished her 53rd marathon in Manchester on September 27. Having traveled a total of 1,400 miles (2,300 km), Hughes visited cities such as London, Liverpool, Wolverhampton, Newcastle, Glasgow, and Cardiff. After the event, Hughes said that Brighton was its highlight and Tunbridge Wells was “hilly”. During the attempt, Hughes suffered from a stomach virus that took him 8 hours to run his 35th marathon around Taunton.


Hughes made unsubstantiated claims that she ran 53 marathons for 53 consecutive days and stated that she broke the world record for most consecutive marathons; According to the Guinness Book of Records, the current women’s record is 60, set by Alice Birch in Southampton, England in 2015, and the previous women’s record was 17, set by Parvaneh Moayedi in 2013. Hughes also raised over 42,000 pounds. £ 10,000 donated to Alder Hey Children’s Hospital Neurosurgery.